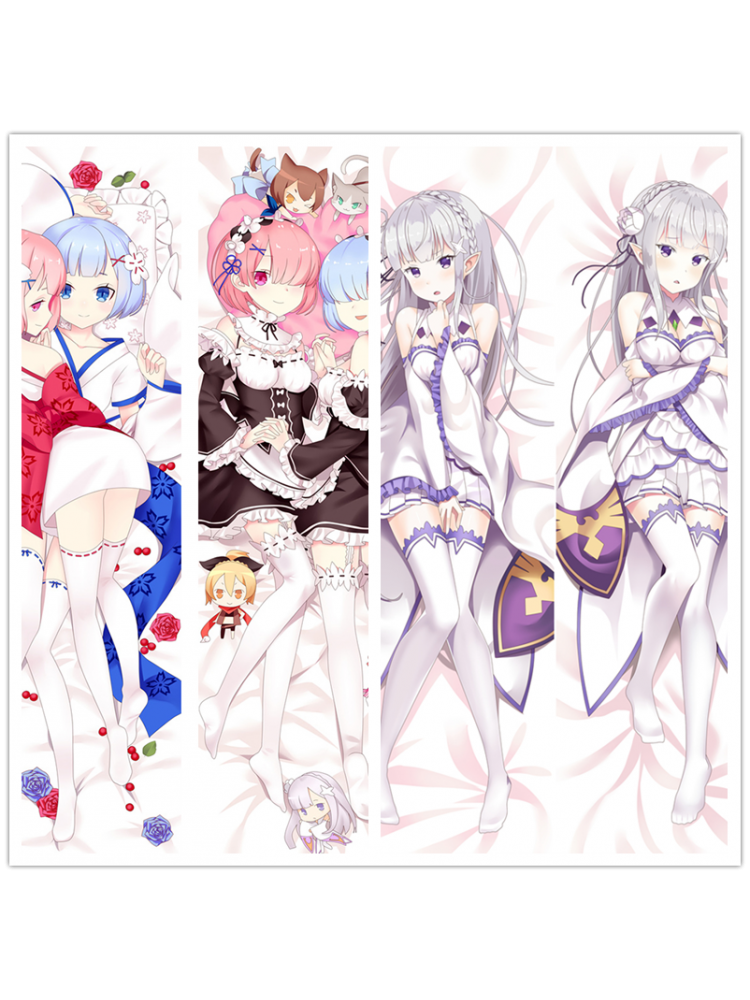 Re: Zero-Ｒｅ：ゼロから始める異世界生活 Starting Life In Another World Anime Hug Online

Anime’s popularity has been rapidly increasing for the past few years. And for good reason too. 2016 has seen some great releases. One such example is Re: Zero. The full name is Re: Zero kara HajimeruIsekaiSeikatsu, or in English Re: Zero -Starting Life in Another World. It is a great example of an anime series which is quite daring to mix several genres up, an even though the first few minutes might not seem like it, after a few episodes, you will be drawn in in this amazing 25 episode long series. It is divided into several acts.

The Main Re: Zero-Starting Life in Another World Anime Hug

There are a lot of characters in this anime, which is not surprising, because this is a 25 episode long series. Although most of them are secondary or just nameless enemies, thugs and so on, there are a few worth noting beside the main protagonist, SubaruNatsuki. Some of them are: Emilia, Rem and Ram, Pack, and Felt.

This is as I’ve already mentioned the main character of the series. He is nothing extraordinary. For this reaso,n he is depicted as a nerd, otaku/neet kind of guy, who loves playing rpg video games, and is generally unsuccessful in life in other field of life, beside the previously mentioned gaming habit. His life however takes a 180 turn, when he goes out to the store for a cup of ramen and is magically teleported to fairy land where Re :Zero takes places. There his personality really comes to shine. From the beggin,g we can see him fall in love with Emilia, even though it’s not explained why actually. She is pretty and nice, but those are traits shared by almost all the other female characters as well. Through the series we see his character develop, and one of the driving factors is the constant mental torture, through which he goes almost always. The main reason being his ability to reset life on death, and the obliviousness of his friend to it. He is constantly subjected to terrifying experiences and gruesome scenes, one example of such is seeing his friends die. This drives him insane to some point, and the show does a wonderful job portraying this moral situation of his. The hopelessness, and suffering are excellently shown, and portrayed, and are therefore one of the main themes of the anime. Beside tha,t his other characteristics are nothing exceptional. They are basically some of the most generic anime tropes that exist. He is a white knight, he unconditionally protects and serves Emilia, even though that is unasked for, for the duration of the whole show. Very little is said about his real life, but in the magical lan,d he almost instantly becomes a hero, without no explanation at all. As the main character he is always exposed toa different event, and sometimes the show focuses on him so much so, that it overshadows the other characters and inhibits their development. And as an effort to gain the fans approval all the other major female characters fall in love him as well, and unsurprisingly for no reason beside trying to create a harem like situation.

Emilia is a silver haired, medium high, half elven girl. She is one of the main candidates for the throne. She introduces herself as Satella when first meeting Subaru. She is the second protagonist of the show, and arguably the most important female characters. Her personality is good natured and very positive. She is basically a representation of the entirevariety princess clichés and tropes that there are. In the beggin,g she is a damsel in distress, which relies on the help of her knight, hero, and best friend Subaru. Howeve,r her character development through the series is very solid and we see her grow to a more independent character by the end. Even though she is quite nice and friendly to everyone, she is constantly subjected to racism, the main reason for which is that long ago in the past, there was a powerful and evil half elven witch that nearly destroyed the world. So that’s why people are generally distrustful of half elves. Some other of her characteristics include: selflessness, she is very helping to other, and surprisingly doesn’t realize this and thinks of it as her own selfishness. Another one is that she is indifferent to her own appearance. So that’s why her trusted companion Pack, which is a magical talking cat, helps her, by taking care of her clothes and hair.

This is one of the characters introduced in the later acts of series. She is one of the twin maids serving Roswaal, a very powerful court wizard. Her twin sister is Ram. They are basically the same, the only difference being their hair colour. Rem has blue, while Ram has pink. Rem is depicted a short subservient girl, which is nice and pleasant to be around. She is always polite and helpful to everyone, although she sometimes tends to speak her tongue without thinking. And even though she is the same as her sister, she has an inferiority complex when compared to her sisters, the reasons of which are not shown in the show, only talked about shortly. The main and most unexpected twist is that both Rem and Ram are very powerful daemons, and this serves as a major driving force in of the shows acts, when the minions of the evil witch try to reawake the daemon hidden, and lying dormant within her. Another is her unreturned love towards Subaru. At one point of the story she even confesses her love to him, but he turns her down, saying that he only loves Emilia. Naturall,y she’s unaffected by his response and only continues to love him even more dearly.

Because of the well fleshed out story we come to love the character, and everyone has a favorite, mine being Rem. And short of meeting them, which is quite frankly impossible, to closest we can get to touching them is by using a body pillow or as the Japanese call it dakimakura. We all have our fantasies, and emotions, and it’s no shame to act upon them, howeve,r sometimes it’s difficult to so. Well in case you are interested you can buy such a dakimakura at https://www.dakimakuras.de. It has a huge variety of pillow case to choose, including a set of Re :zero characters. Now you can finally realize your dream of cuddling your favorite character.