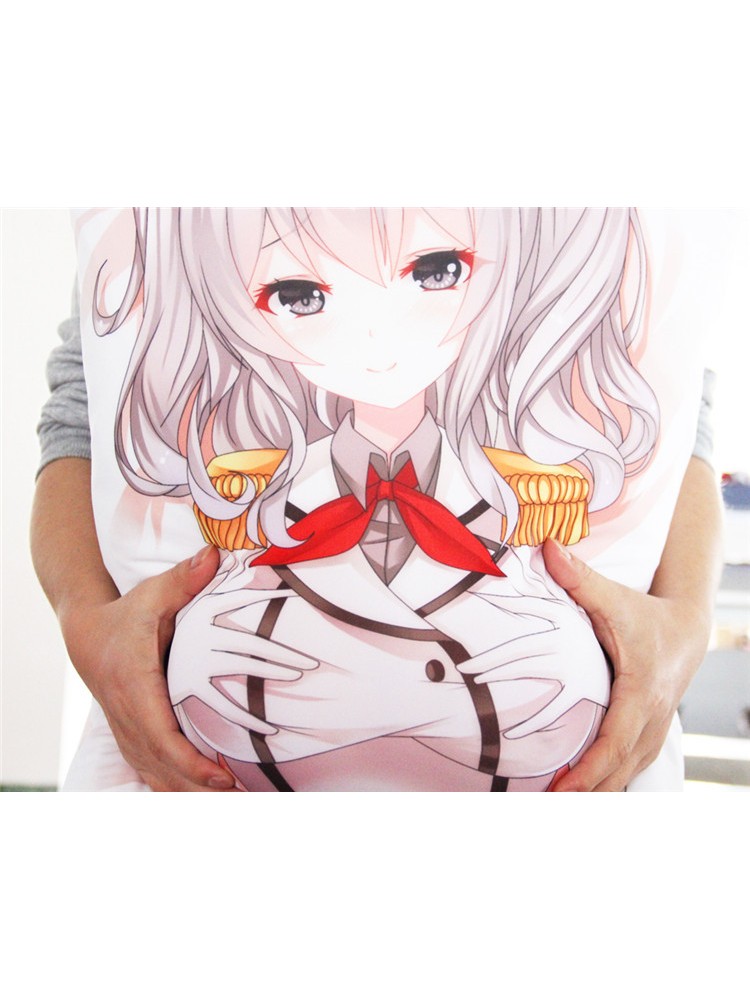 What Is This Sexy 3D Breast Made Of?

They are made in a near perfect representation of the most favored breast shape. This is the round bell shape – also known as the teardrop, which starts off narrow at the top and enlarges as it descends halfway towards the bottom. I can hear some of you crying out for one already

These are perfectly symmetrical, they are met by a real succulent pink nipple begging for your mouth on them. Besides the look and shape of these breasts, the realistic feel of these is incredible when you put a hand on them. Squeezing them is akin to the real thing. The texture of the breasts is owed to the Japanese Dakimakura inner silicone which they have had imported just to add to the quality of the sensation. The thickness of the silicone texture makes it less prone to wear over time with use, it is even water resistant. And no matter how hot it gets in your bed, it won’t burn.

Dakimakura is a Japanese body pillow that is printed with characters from the anime characters. Anime is so big in Japan, so big that the designer decided to let kids have the pillow to give comfort and guard at night whilst they sleep. The appeal of a product is never fully grasped by the manufacturers, as a product can go well beyond its targeted demographic. The anime industry evolved from just being for the kids to a more adult audience.

This was a product we are about to get into was developed for an audience with a fixation for anime. These are mostly known as otakus’. In history, the otaku is derived from when there was a need for the downtrodden, unemployed civilization to find comfort outside of reality – induced by high exposure to anime. This was a way for them to escape the pressures of society and indulge in the sedating world of anime that replaced harsh reality with fantasy. The otaku generation are devout fans of anime, they defend the art ruthlessly.

Anime fans don’t mind going to extreme lengths to acquire paraphernalia whether digital or in the form of costumes and accessories that align with anime pop culture.

A Pillow Anime Fans Are Prepared To Fight Over

Being ones prone to long-term bouts of solitude, it gets really lonely for the otaku. Having little to none social exposure in their lives in most cases results in the adults who are extremists of anime to attach to the very sexualized female characters. This gave rise to a market in Japan that caters to adult erotica. This makes the anime characters the fixation of most men become a reality.

The pillows are very comfortable and can be likened to a therapeutic orthopedic pillow. The comfort is due to the kind of fabric used to make these.

Anime fans get a chance to go to bed with their favorite characters and wake up next to them in the morning. Isn’t that a delight!. The fans are mostly male, as the cartoons are most dominant with sexy Japanese female characters that fuel the fantasy of most men. They have been dissatisfied with the flat-chestedness of most of these characters they go to bed with. Being ones with an appetite for feeling a bit of mass in the chest area. The designers came up with the 3D Oppai Elastic Silicone Breasts. These take playtime to another dimension by adding a realistic effect to your dakimaraku’s, enhancing the breast area to your desired size. The effect is accomplished by adding pads underneath your dakimakura’s inner part of your pillow and letting the round shaped silicine pads stick out through the dakimaraku cover you place over them. The designer went out their way to imitate what the female characters breasts are supposed to look like in real life. The silicone pads come second to none on a crusade to made sure the fans mammary needs were met.

The Size Of Pleasure

You have to try really hard to find an anime fan who hasn’t caught themselves staring at an anime characters breasts, from the likes of Narusawa Royka with pendulous breasts from the anime Occult, Nine – to One Piece’ Reiko with a less massive set The 3D breasts come with a wide range of sizes that were manufactured to please all of your fetishes. And please is what they do.

*Starting from a small size. The S range is in between an A cup and a B-cup. this is for those who prefer less mass on their women’s breasts and would rather go for the compact 600 grams of pleasure in the catalog. The are round-shaped with a diameter of 12cm.

*These are quite a handful so to speak, they are for the fans with a large appetite for size. The second ones are in the category of Medium-sized breasts. Weighing in at a 1000 grams, these are the range where the entry levels of big begin

*Lastly. If huge is on your menu? These are just for you. These massive pseudos -melons weigh up to about 1400 grams.